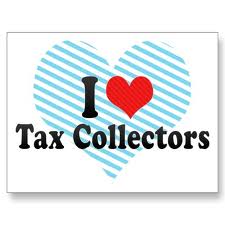 Mark 2:13-14 ESV – He went out again beside the sea, and all the crowd was coming to him, and he was teaching them. And as he passed by, he saw Levi the son of Alphaeus sitting at the tax booth, and he said to him, “Follow me.” And he rose and followed him.

Levi is another name for Matthew – the disciple that wrote the gospel of Matthew.  He’s kinda famous.  Mark gives this short description of Jesus’ call to Matthew to follow Him.  It’s similar to when Jesus called Simon, Andrew, James, and John, but also a little different.

Levi – Matthew – was a Tax Collector.  Whatever your opinion is of the IRS, let me tell you, in those days, taxes were worse.  Yes, taxes were due to Caesar, but what a Tax Collector did was extort money from people to get their own wages.  On top of that, they were typically Jews working for the Romans to get money out of their fellow Jews.  They were scoundrels – stealing from their own people, just to get a little piece of the pie.

The difference between the call of Matthew and of the previous disciples is simply who they were.  The other guys were hard-working fishermen, struggling to get by.  This particular individual is a white-collar crook.  His means of employment is taking money from other hardworking people, pocketing some, and giving the rest to “the Man.”  Matthew was a completely self-centered thief.

The amazing thing to me is that Jesus called him.  Matthew knows who he is.  He knows he’s stealing money – the more he extorts, the better his own life.  And here, the Son of the Most High calls him out of the tax booth. He’s called out of his life of self-centeredness to follow after God.  But, again, the amazing thing is that God wants him!


This is me – and probably you, too.  I’d like to think I’m the hard-working fisherman, just down on my luck.  The truth of the matter, when I look at my heart, is that I’m a self-centered thief who wants to get what he can get.  Why would the God of the Universe want me?