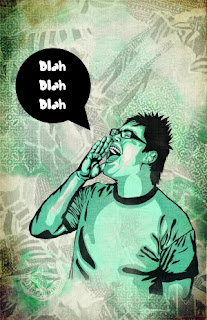 Mark 1:40-45 ESV – And a leper came to him, imploring him, and kneeling said to him, “If you will, you can make me clean.”  Moved with pity, he stretched out his hand and touched him and said to him, “I will; be clean.”  And immediately the leprosy left him, and he was made clean.  And Jesus sternly charged him and sent him away at once, and said to him, “See that you say nothing to anyone, but go, show yourself to the priest and offer for your cleansing what Moses commanded, for a proof to them.”  But he went out and began to talk freely about it, and to spread the news, so that Jesus could no longer openly enter a town, but was out in desolate places, and people were coming to him from every quarter.

As we finish off the first chapter of Mark, we witness an encounter Jesus has with a leper.  There are so many great truths to pull out of this story: Jesus’ pity, the fact that He actually touched the leper, the first recorded cleansing of leprosy since Naaman, and others.  But the point I want to ponder today is the cleansed leper’s response to Jesus.
Here’s this guy, pleading with Jesus for healing.  He knows the power of God, and he appeals to the will of God, “If you will, you can make me clean.”  Jesus does it – BAM! The guy is cleansed.  No more social pariah; no more walking around shouting “unclean” so that people steer clear of you.  He is cleansed.  Jesus sternly warns him to “say nothing to anyone…”  But what does this guy do?  He willfully, purposefully disobeyed Jesus’ command.  What are the consequences?  It says that Jesus could no longer openly enter a town.  Jesus’ purpose, as mentioned last week, was “...to go on to the next towns, that I may preach there also…”  This man’s disobedience negatively impacted Jesus’ purpose.  I don’t want to delve into a debate about God’s sovereignty here, but the Bible does make at least secondary causation explicit here: “But he [the cleansed leper] went out and began to talk freely…so that Jesus could no longer openly enter a town…” [emphasis mine].
I’m sure that there were many people lame in the towns in Israel at the time.  There’s the story of the guy who’s friends brought him to Jesus because he couldn’t walk.  There’s also the guy that couldn’t move right next to the pool at Bethesda.  It’s not unreasonable to think there were more who were physically unable to go to Jesus.  So, this one man’s disobedience could have impacted the healing of these other people, because Jesus couldn’t get into the towns.
Again, I’m not attempting to take stabs at God’s sovereignty here, but this really makes me ponder my own walk.  I’ve been healed.  Am I obeying Jesus now?  Do I care more about Him getting to other people to heal them, or do I care about doing and saying whatever I want?  The man’s intentions were good – to praise Jesus and spread His name.  His actions, however, were not.  His arrogance made it harder to spread the Gospel.
Am I walking the walk, or am I just being a loudmouth?  What about you?
Posted in Wednesday Word