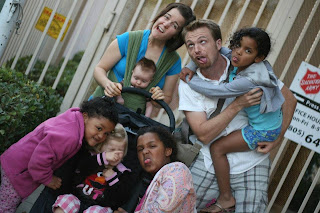 Things are going pretty well here in Moldova.  I think one of the hardest things is missing the people back home.  For some reason, the other day I found myself reminiscing about my other daughters.  No, I don’t have other biological kids, but for six months in 2010, I had 3 other daughters.

After much prayer, Marie and I decided it would be a good idea to become foster parents.  We were right.  We did the training, the paperwork, the home study, and all the other things.  Then, in December 2009, we became the foster parents of 3 beautiful little girls – ages 7, 4, and 2 at the time.  Aaliyah, Beyonce, and Aalysha – and they are amazing.

What transpired during those 6 months is like a whirlwind in my mind.  So many battles – putting them to bed, getting them out of bed, feeding them, disciplining them, the list goes on.  But on the other side is all the fond memories.  We played hours of Mario Kart Wii, and most of the time the younger ones would drive backwards, which makes for a painfully long race.  I remember going to parks, watching Veggie Tales in the car (and memorizing “Pizza Angel”), and daily trips to school and preschool.  It didn’t take long for them to change from “my foster kids” to “my kids.”  That middle word simply disappeared from my vocabulary.

And yet, it had to come to an end.  I don’t really know why.  I don’t know if anyone does.  There were a lot of things going on, and we received a lot people’s opinions.  Then there was a big meeting with all sorts of social workers and directors and parents and facts and confusion and fears and the conclusion: the girls would be moving.  It was heartbreaking and at the same time it didn’t feel “wrong.”  So they moved to San Diego.

Being a foster parent is hard.  You find yourself wanting the system to move faster, but then you feel guilty that you’re rooting against someone else’s life.  If we were going to keep the girls and adopt them, that would mean their mom would have to completely miss all the deadlines / regulations.  Basically, if we got them it means someone else is suffering.  And yet, you definitely want what’s best for the kids.  It’s a hard place to be, emotionally, mentally, and even spiritually.

One week after they left, we got a phone call from the girls, but that was it.  We asked a few times at the Social Office, but they gave us the run around.  Then we got some news:

They were reunited with their mom.

Shock.  Wonder.  Thinking the system had failed.  Then re-thinking.  Maybe she pulled it together.  We had very few facts and quite a bit of speculation.  We left it alone, which wasn’t difficult because we were expecting a second child (biologically this time), and had plenty of other topics to think about.

Then, when Mercy was about 2 weeks old, I saw a Facebook message that had been hidden for about a month.  It was Aaliyah – she was using her mom’s facebook (with permission) to see if we could talk sometime.  I admit it: I cried.  Sarah, Marie, and I had all received messages, and with the baby coming and everything, we hadn’t even noticed.  But we saw it, and we had a chance to meet them.

God is sovereign.  The unknown impetus to have the girls moved also made another movement – in their mom’s heart.  She really changed.  We had a chance to meet with her and the girls, and she is doing fantastic.  It’s a real life transformation.  Not only is it good for her, but she’s providing a healthy environment for the girls to grow up.  Also, we formed a good relationship, so even though I am half a world away, I know my other girls are doing well.

Girls, if you do read this, know that I love you, and Marie does too.

To Aalysha – keep smiling.  Your smile always would brighten the room.  Keep it up, even when life is hard. Also, eat your vegetables. 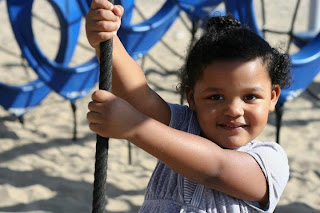 To Beyonce – keep your imagination and your affection.  Dream big.  Even when the world hurts, remember to keep loving your friends and family. 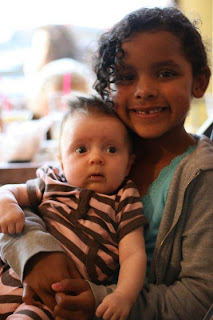 To Aaliyah – I had the privilege of being with you when you asked about a relationship with Jesus.  You were worried about who would tell your sisters, and we told you it was your job.  Keep it up.  Use your incredible, God-given mind to do something miraculous in this world. 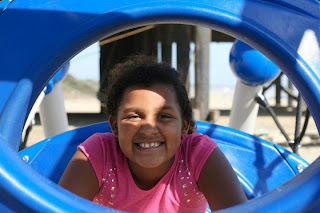 To Marilyn – God bless you!  I can’t even imagine how difficult life has been.  I know it will still be tough, but your God is greater than all of this, and you know it.  I am proud to call you my sister in the Lord!  The Lord restores the years the locusts have eaten, just as He has restored and will keep restoring your girls to you.

Why did I write this post?  Partly because I’ve been thinking about my girls.  But mostly because I can see now through the pain, confusion, and fear that God created something beautiful: restoration.  It’s the most beautiful thing in the world.