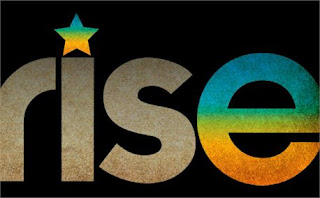 Mar 2:6-12 ESV – Now some of the scribes were sitting there, questioning in their hearts, “Why does this man speak like that? He is blaspheming! Who can forgive sins but God alone?”  And immediately Jesus, perceiving in his spirit that they thus questioned within themselves, said to them, “Why do you question these things in your hearts?  Which is easier, to say to the paralytic, ‘Your sins are forgiven,’ or to say, ‘Rise, take up your bed and walk’?  But that you may know that the Son of Man has authority on earth to forgive sins”–he said to the paralytic–“I say to you, rise, pick up your bed, and go home.”  And he rose and immediately picked up his bed and went out before them all, so that they were all amazed and glorified God, saying, “We never saw anything like this!”

We pick up here, and Jesus has just forgiven the lame man of his sins.  There are so many interesting items of note in this passage: why they considered Him to be blaspheming, how Jesus perceived what they were thinking, why He asked them a rhetorical question, among others.  What is most astounding to me is the reasoning behind the healing.
Jesus said, “…that you may know that the Son of Man has authority on earth to forgive sins…”  The reason Jesus commanded the lame man to do the impossible – rise – was to show other people Jesus’ authority.  Not just His general authority over creation, but a specific authority to forgive sins.  The scribes admitted in their hearts that only God can do this.  Jesus used this sign and wonder to demonstrate His deity.
His commandment to the lame man was impossible to accomplish, yet Jesus, through the Spirit, empowered the man to do it.  Jesus didn’t heal the man so that he would have a better life – that was secondary.  The primary reason Jesus commanded the man to be healed was to show other people that Jesus is God.
Could it be still the same today?  Jesus commandments, although exceedingly helpful to us, are primarily for us to show others that He is God.  The reason we ought to live holy is that other people may have the opportunity for life with God.
How are you doing at obeying the impossible?  He’s already given us the power.  Rise!
Posted in Wednesday Word